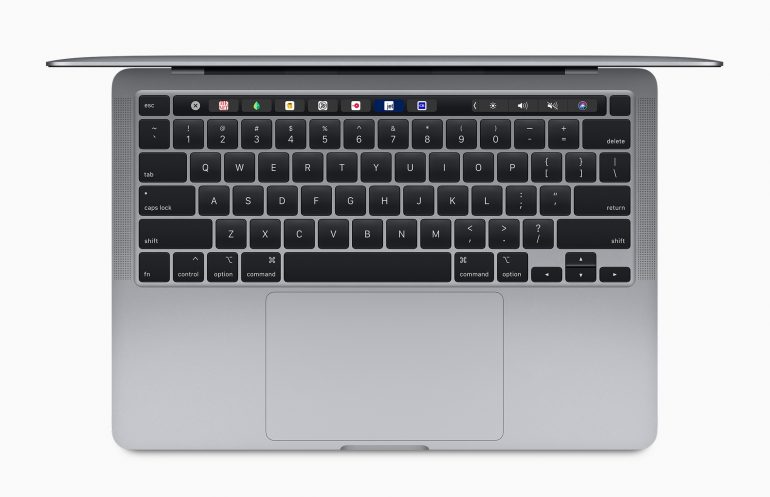 While 2020 has been an altogether scrubby year, Apple has been making amends with its customers by introducing products that no longer scream innovation instead offer what people really want.

The latest 13-inch MacBook Pro, too, is a testament to that notion. In fact, both MacBooks released this year—the MacBook Air as well as the 13-inch Pro that launched just today—provide a considerable incentive for people to upgrade.

And it isn’t because of flashy improvements or a stunning breakthrough, it’s because Apple fixed the faulty Butterfly keyboard mechanism by switching over to a Magic Keyboard on both models.

The MacBook Air that was released early in March received a positive response owing to advanced specs offered at affordable prices. You can grab a unit embedded with almost Pro-like internals for $999, that too, at a reduced weight which makes it easy to carry around.

The MacBook Pro 2020’s internals is sufficient enough and there’s nothing surprising here except for the fact that you can get it with at the most 32 GB RAM instead of only 16 GB in previous models. That MacBook Air now competes with the new lower-end Pro models is quite impressive in itself. It is the underdog that headbutts the Pro in its own game. But a Pro’s still a Pro.

Both laptops offer customizability in terms of what hardware goes in. You can top off the 13-inch MacBook Pro with a 2.3GHz quad-core 10th Gen Intel i7 chip with a turbo boost up to 4.1 GHz and 32 GB LPDDR4 RAM along with 4 TB of storage for $3,599.

Similarly, you can top off the 13-inch MacBook Air with a 1.2GHz quad-core 10th Gen Intel Core i7 Processor with a turbo boost upto 3.8GHz and 16GB max memory topped up with up to 2 TB of SSD storage.

Sure, both screens are pretty similar. They have the same aspect ratio at 16:9, the same screen size at 13.3-inches, and the same resolution.

The only two things that differentiate the display on the MacBook Air and the MacBook Pro is the lack of a P3 Color Gamut on the former and an increased brightness by 100 nits on the latter. And those make a considerable difference.

The P3 color gamut—or DCI-P3 as it’s officially named—produces better colors than sRGB making content on screens that support it appear more color-rich and hence, realistic. The P3 color gamut is used by cinema production giants like Warner Bros., Metro-Goldwyn-Mayer, Twentieth Century Fox, etc. Having it in your hands in the form of a smartphone, tablet, or laptop is more or less amusing. You can read more about it here.

The lack of it on the MacBook Air 2020 makes it a bit less alluring for a purchase. But at the end of the day, specs on paper are different from what you see in front of your eyes. While you won’t notice much difference in color reproduction between the two variants as is, you might notice the Pro looks slightly better while watching videos and consuming content with color-rich instances and bright displays.

Evidently, the 2020 MacBook Pro has got the upper hand here.

Performance is better on the MacBook Pro

The 13-inch MacBook Pro 2020 features slightly updated internals from its predecessors. It has 10th Gen Intel quad-core i5 chips clocked in at different speeds based on the configuration you choose.

Moreover, leaving the base configurations, models starting from $1799 boast 16GB RAM instead of the default 8GB as compared to last year’s models. Note that almost everything from the processor to the RAM capacity can be upgraded further.

However, with the MacBook Air, even though it seems to sport the same processor inside with a little difference in clocking speeds—10th Gen Intel i3, i5, i7—they are distinct. The MacBook Pro hosts the faster U-series Intel processors while the Air has a Y-series processor optimized for everyday usage.

This shouldn’t come as a surprise, though, as the Pro lineup has always been stronger than the Air. But it’s quite interesting to note that the Air reaches so close at a decent price. All the variants of the MacBook Air feature 10th Gen Intel chips which makes them eligible to be connected to Apple’s Pro Display XDR—a 6K display.

However, only the higher-end variants of the 2020 MacBook Pro—starting from $1799—support 6K displays since they pack in older 8th Gen CPUs.

13-inch MacBook Pro has the TouchBar

I don’t know if you might see this as a reason to upgrade to a MacBook Pro or not, but I think it’s worth mentioning.

Touch Bar was initially deemed annoying as people couldn’t find it much useful. Certainly not enough to replace the traditional function keys. What’s more, the escape key—a pretty important key on any keyboard—was virtualized instead of being there in physical form.

This enraged with a lot of users. Then came the butterfly switch fiasco that smashed Apple’s reputation as a laptop maker. I mean, why would anyone trust a computer company that couldn’t even get its keyboards right?

Today, with the 2020 Pro models, Apple has moved to a scissor-switch mechanism keyboard dubbed the “Magic Keyboard.” This is the same keyboard that’s present in the 16-inch Pro variant as well as the MacBook Air. iPad’s latest accessory with the same name also has the exact mechanism.

However, the Touch Bar still exists and people are still confused as to what they can use it for. That isn’t to say there aren’t instances where the Touch Bar has proved to be useful. But for the most part, it’s still annoying. There’s one less annoying aspect, though—the physical Escape key is back!

The 13-inch MacBook Pro 2020 starts at a new base configuration storage of 256 GB on all models. The MacBook Air also offers the same configuration model.

However, you can expand MacBook’s Pro’s storage upto 4 TB. Air also offers this option but Apple has capped it at 2 TB. The Pro trumps in this area, justifiably as Pro users might need to work with more data considering what the device is capable of.

Both devices are fantastic upgrades to their predecessors. The Air brings value by offering Pro-grade internals at inexpensive prices. The 13-inch Pro also gets rid of its major caveats. However, there isn’t much difference in the pricing as compared to its predecessor.

That said, even though both devices offer such great value, each has its own way of use. For the most part, you’ll be okay using the MacBook Air doing regular, lightweight stuff like writing, editing photos, and surfing the web; also thanks to a better battery. But, when you need to do Pro stuff like editing videos, handling graphics-intensive workflows, the MacBook Pro is your best bet.