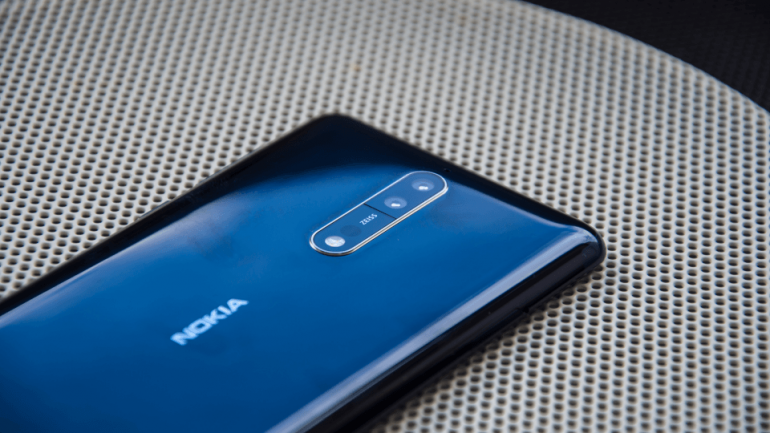 Nokia, a brand that redefined the whole ideology of the smartphone sector – be it the 41 MP camera in the Lumia 1030 or the iconic 3310, we all loved Nokia the way it was. Since the past few months, it’s firing on all its power again. After a failure in the partnership with Microsoft, Nokia was given a new life by HMD global, which now manufactures all of its phones. And I’ve got to say, Nokia 8 looks great in its Stock Android skin.

The new series of phones have retained the superior build quality and design that Nokia was once known for.

The Nokia 8 is the company’s first smartphone to sport imaging setup from Zeiss as well as audio experience by OZO Audio. OZO Audio is found in 360-degree VR cameras used in Hollywood, and is a first for mobile. It features multiple microphones to capture high dynamic range and record ‘binaural audio’, which gives the videos high-fidelity stereo sound.

“Millennials, today, are always exploring new ways to create and share content. It’s these creative content creators who inspired us to craft a smartphone with them in mind. That’s why we have worked to bring these three firsts – the debut collaboration with ZEISS, OZO Spatial 360° Audio, and real time live streaming using Dual-Sight mode.”

It packs in a dual 13 MP rear camera setup that combines a colour and a monochrome sensor, shots from which are combined into a single shot with greater contrast. The front 13 MP front- camera includes auto-focus and actually utilizes the same camera module as the rear configuration. There’s also the first ever ‘Dual-sight Live’ feature that allows you to simultaneously shoot/record/broadcast from front and rear cameras, a feature that the company calls ‘Bothie’.

Priced at ₹36,999, the Nokia 8 is available in four colour variants – Polished Blue, Polished Copper, Tempered Blue, and Steel (Three at the time of launch, and the copper one would be available after a few weeks). The device will go on sale across offline stores and online on Amazon.in starting October 14. Jio customers will get up to 100 GB additional 4G data on Nokia 8 – an additional 10 GB Jio 4G data with every recharge of ₹309 or above, limited to 10 recharges till August 31, 2018. 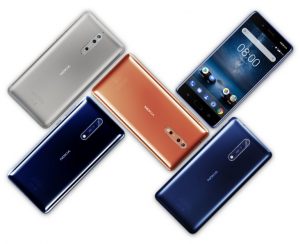 HMD Global also shared that Nokia 8 consumers will have access to special Nokia Mobile Care concierge service in 50 cities across the country which would include door-step pick-up and delivery for any after-sales support services.